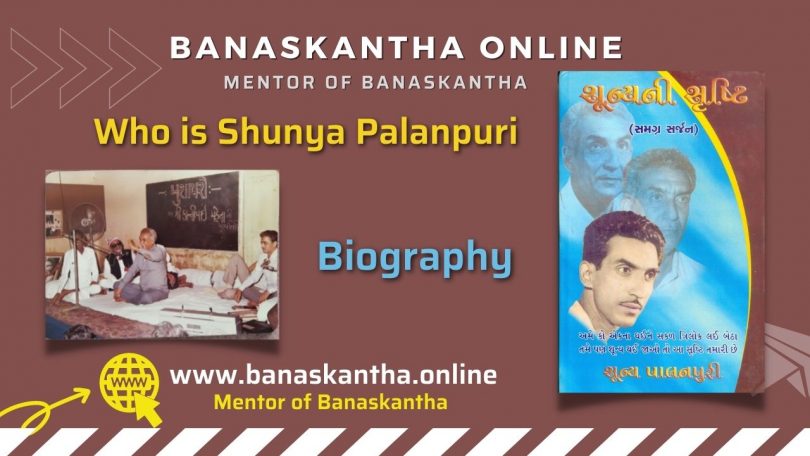 Shunya Palanpuri was Gujrati Gazalkar ,who born in Ahmedabad but spend their life in Palanpur as a teacher in “Amirbai Middle School“.

Shunya Palanpuri grew up at her uncle’s house in Palanpur after her father died when he was four years old.  Shunya Palanpuri started writing ghazals at the age of 16,in 1938 he wrote his first whole gazal.

after which he went junagadh for furthur studies where he met Amrut Ghayal  who suggested to keep the name “Shunya”. He used to write his ghazals in both Urdu and Gujarati language.he also knows about farsi language. Although Shunya Palanpuri was a Muslim, he covered the words of Sanskrit and Hindu literature in his writings.

Along with being a poet, Shunya Palanpuri was also a good chess player, Horsh rider and a good cricketer.Shunya Palanpuri’s life was spent in sorrow so he could write better ghazals, His life experiences could be seen in his ghazals.Apart from being a teacher and poet, he has also been a journalist in Mumbai.